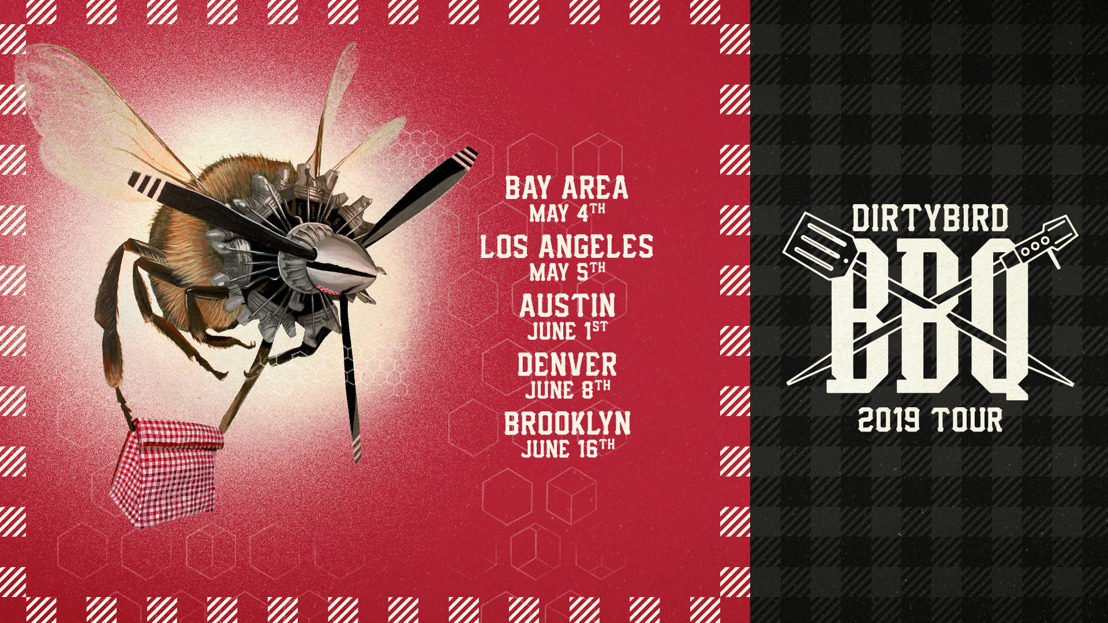 Steaks? Check. Beers? Check. Groovin’ tunes in the great outdoors? Check. DIRTYBIRD has gathered all that’s needed for the perfect grill season and is ready to take their BBQ series to the Bay Area, Los Angeles, Austin, Denver and Brooklyn this summer.

What began as a humble barbecue amongst family and friends in San Francisco’s Golden Gate Park has since become one of America’s favorite outdoor parties. It marries food and music with rambunctious style and high energy, offering curious onlookers and DIRTYBIRD fans alike an unforgettably intimate experience. Tasty grilled feasts are served to match a delectable soundtrack handcrafted by DIRTYBIRD’s notorious studio chefs, which in the past have included Shiba San, Justin Martin, Walker & Royce, Will Clarke, J. Phlip, Christian Martin, Ardalan, Worthy and of course, the boss himself Claude VonStroke. It’s no wonder the event has grown exponentially since its start a little over a decade ago, earning a cultish status among booty-shaking BBQ aficionados.

The BBQ stretches beyond mere culinary and musical offerings with an array of activities inspired by the brand’s iconic Campout series. This way, those who’ve missed out on the shenanigans now have another chance to let themselves in on the fun and seasoned Campers can get prepped and ready for Campout West coming up this October.

For its 2019 iteration, VonStroke and his Dirtybird BBQ will be touching down in five cities, including the newly-crowned City Vote winner, Denver. Last year’s winner LA also makes it into the roundup this year at the epic LA Expo Park, along with mainstays Austin, Brooklyn, and DIRTYBIRD home turf of the Bay Area. Artists and activities will be revealed soon.