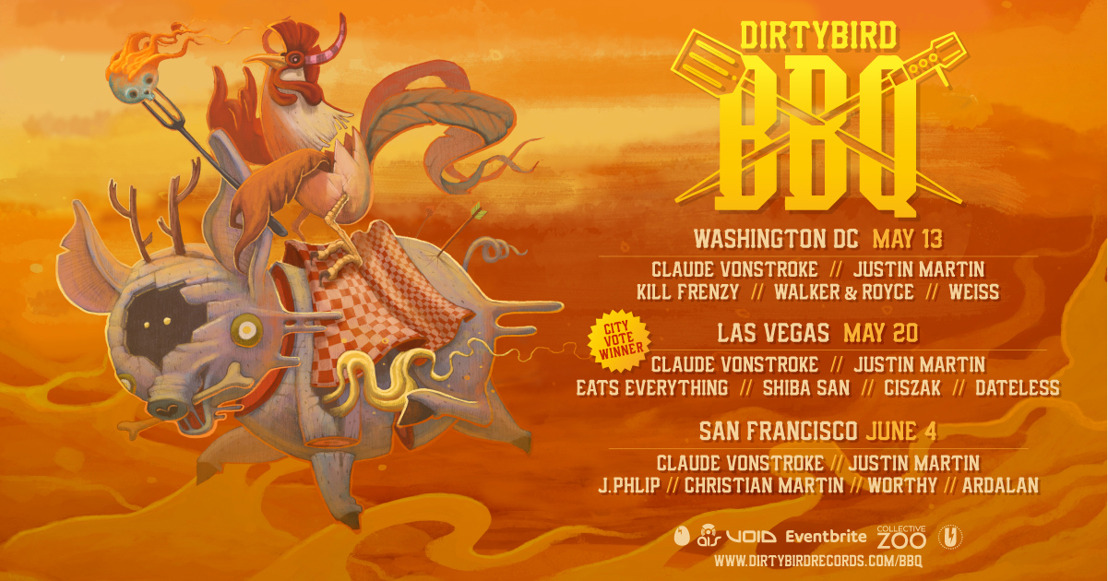 The scent of a freshly mowed lawn, the crack of a cold beer opening, the distant thudding of beats and the smell of BBQ smoke - summer is almost here, which means dance music’s most beloved crew of pitmasters are hitting the road for the annual DIRTYBIRD BBQ Tour.

It all began for DIRTYBIRD around a grill in San Francisco’s Golden Gate Park more than 15 years ago, just a group of pals playing some damn good records, and cooking up some damn good BBQ. Not all that much has changed over a decade later, except a few more friends turning up.

This summer VonStroke has assembled the core DIRTYBIRD crew and a few newer faces to join him grillside for three outdoor dates of BBQ, booty bass, house and techno in May and June. The tour will be accompanied by the fourth installment in the DIRTYBIRD BBQ compilation series, featuring exclusive new music from Shiba San & Will Clarke, Kyle Watson, Sam Swindle, GAWP, Wood Holly and Seems Norv.

This summer the BIRDS will dock the BBQ at the epic DC Brau Brewery, eschew the Strip for the old-school charms of Downtown Las Vegas – who this year won the DIRTYBIRD BBQ City Vote –  and of course bring it all home to roost at San Francisco’s Treasure Island.

DB 150 sees Eats Everything return to DIRTYBIRD for the first time in over two years. Eats Everything & Lord Leopard’s ‘Clash of The Tight-Uns’ will be released March 24.