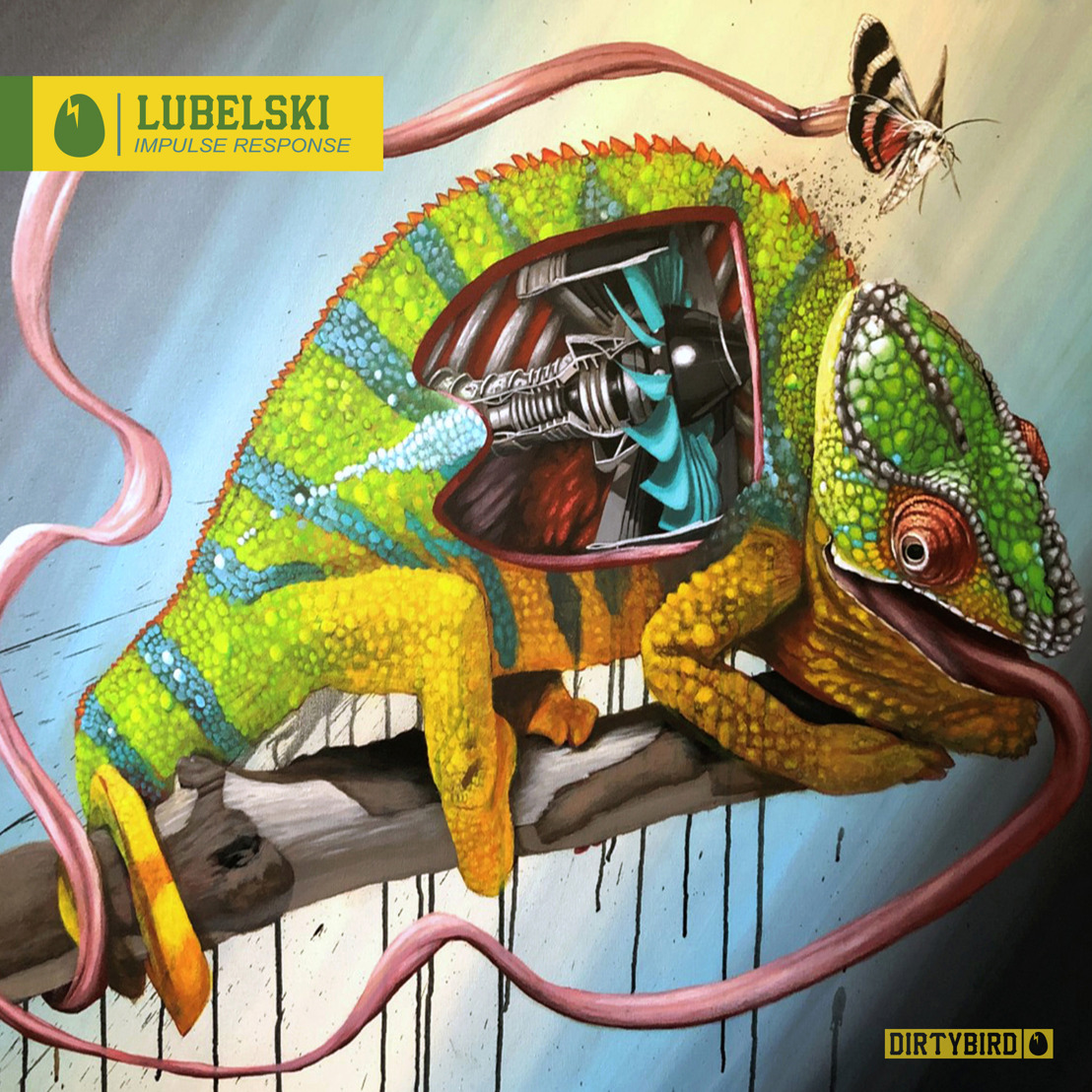 Today, DIRTYBIRD furthers its exploration of deeper and intriguing sounds with the release of Lubelski’s new record Impulse Response. The two-track record is a hazy journey into the mind of the psychedelic house producer.

It takes no time for the California native to launch us into a daze with ‘Ego Trippin,’ a kaleidoscope of extraterrestrial soundscapes and distorted vocals. Musing on the state of self-worth, raw, rough cuts and a playful beat serve as the track’s yin and yang.

Impulse Response commences with a sensual simmer is that is the title-track, with its yearning female vocals and foxy lyrics. Lubelski morphs the alluring voice into skipping echoes, propelling listeners down a sonic tunnel and into a fantastical dreamstate.

The California native then launches us into a daze with ‘Ego Trippin,’ a kaleidoscope of extraterrestrial soundscapes and distorted vocals. Musing on the state of self-worth, raw, rough cuts and a playful beat serve as the track’s yin and yang.

Over the past few years, the house and techno DJ-producer has cultivated an eclectic signature sound that has risen him to the ranks of the West Coast. Lubelski symbolizes the intertwining culture of dance music in California as a Desert Hearts mainstay and the co-creator of budding percussive house label Percomaniacs, which took over this year’s Dirtybird Campout for a three-hour showcase.

You can still catch him before the year’s end at the Desert Heart’s residency in Las Vegas or at Minimal Effort’s NYE bash in LA, Halcyon SF, Rod Lounge, or Spy Bar.