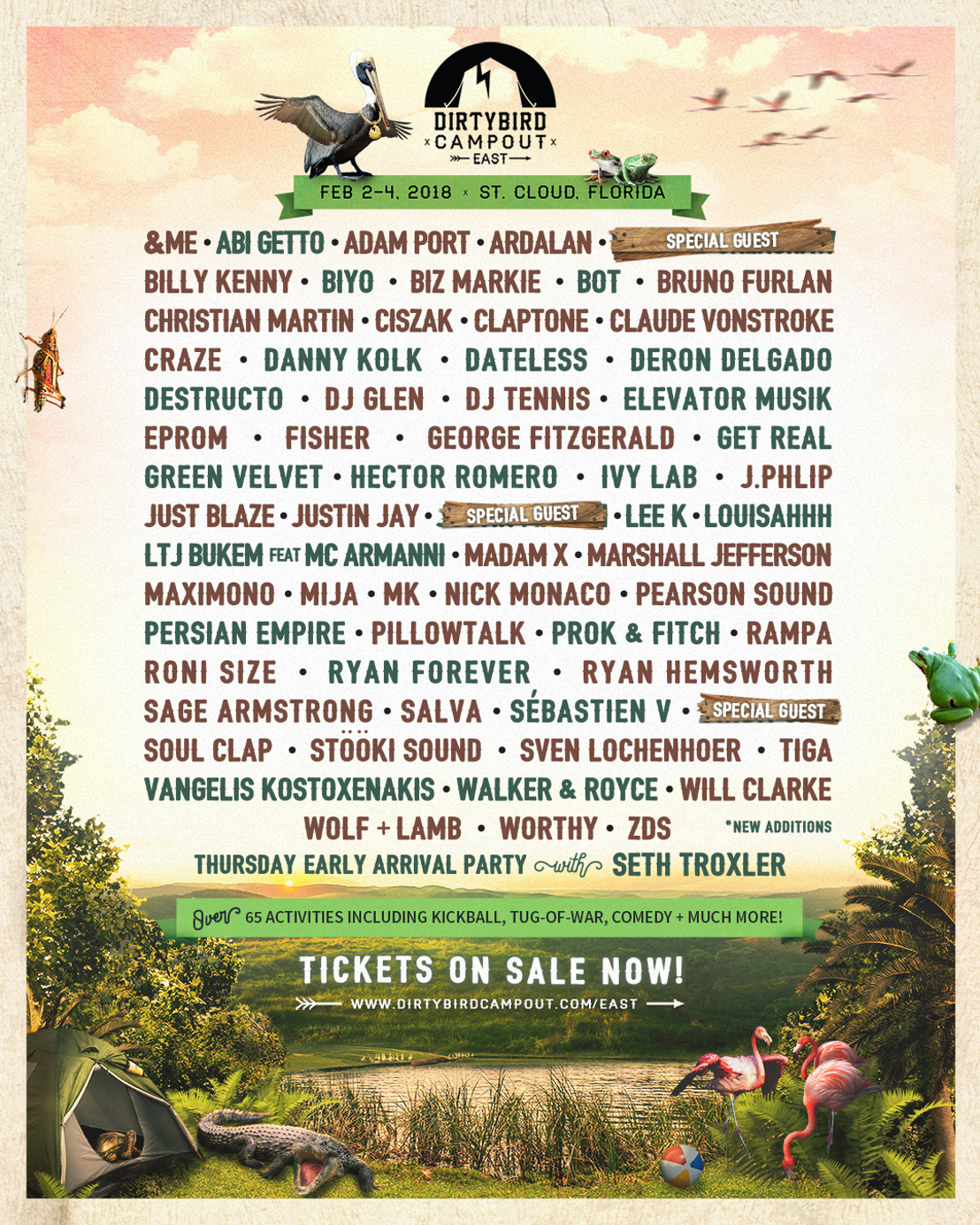 Campout has always been about more than four-on-the-floor and the left-of-center programming has been bolstered by the likes of drum n’ bass legends Ivy Lab and LTJ Bukem featuring MC Armanni plus, electro-jazz artist Persian Empire, Future Classic duo Biyo, plus one of the moonshot favorites from Campout West who shut down the Family Set with the biggest breaks tune of the weekend, Ryan Forever. (A few more huge names still to come this January!)

Early Arrival Passholders will be a treated to a Thursday Night Party featuring none other than an undisputed leader of the global house and techno community and overall madman Seth Troxler.

While this may be its biggest musical offering to date, Campout is arguably defined by its off dancefloor programming. East Coast Campers will be treated to a plethora of nostalgic fun. With more than sixty activities they may find themselves shooting a bullseye at archery, straining sinews during Tug-O-War, Kick Ball or a Sack Race, munching on S'mores, taking center stage during the Campout Talent show, Camper Open Mic, Beat Boxing Competition or Late Night Bingo, all while competing alongside their Camper Color Teams for the famed Ironbird Trophy.

The East Coast location is a lush green, tropical paradise, with nine distinct ecosystems, meadows for dancefloors, all surrounded by Florida waters. The location is an actual working Summer Camp, an easy drive from either Miami or Orlando.

DIRTYBIRD Experience Packages have also been released and can be purchased here: